So much to say, so little brain power with which to speak

I need to build up my evening stamina. I can get through the day okay, but once Monsieur is in bed, all I want to do is collapse and I struggle to form a coherent thought.

So many posts rolling around in my head, just a small space of time and energy to pick one to do! It’s been about four months since the last update on Monsieur, and already there are things in the last update which I had forgotten about until rereading it five minutes ago. So let’s do that!

Sleep: Monsieur no longer has a daytime nap! And it is wonderful! We dropped it at the start of July – he was staying awake, hearing noises and wanting me in his room with him until 9-9:30, so we dropped the nap and all went back to normal. We are both loving all the extra time each day, and some days he will still have a short sleep, but I will go and wake him after 1-1.5 hours.

Food: Monsieur has recently decided that he does like some crunchy foods, after all. This would be after I ate chocolate covered caramel popcorn in his presence one day, confident that he would not want to try any because they were crunchy. The smell of chocolate clearly overcame his dislike of crunchy foods and he discovered a whole new universe!

Language: Monsieur talks all the time, telling elaborate stories about his trains. Everything is a train these days; we have the Shakti-train and Jai-train (our two cats), the car-train, the house-train…and it goes on. Today he told a complete story to one of his friends:

“Once upon a time, I wanted to go through the window. And The End!”

Lots of things are “usually”, as in “I usually go this way to Shakahari”. This he told me the other day, having been to Shakahari (a gorgeous restaurant in Carlton) exactly once in his life!

“When I was two, I liked Buffy, but now I’m three, I like Legally Blonde”
“I liked trains when I turned three”

It was my birthday recently and he asked how old I was. I told him and he replied, “Wow! That’s so many olds! It’s so exciting!”

Favourites: Trains are still his favourites. We are taking him to another train expo this weekend – I’ve had it in the calendar for three months, just waiting!. He has been counting down the sleeps since last week.We plan on spending the whole day there and letting him watch trains to his heart’s content. He loves to play boom gate games, where we take turns being boom gates going up and down, and trains going past. It makes him very easy to entertain at times.

He started a game of “parcels” a couple of weeks ago – he’ll come up to R or I and say “Here’s a parcel for you” or “Here’s a package for you”, we unwrap it and exclaim over whatever it is (R is definitely more creative at making up things than I am) and then we give him one in return. It can go on for a very long time, and can be very amusing and engaging.

He has also developed a strong attachment for Snuggle Doona – a gorgeous soft doona that I bought for him, thinking it was a doona cover. Unfortunately it was a whole quilt, with a polyester inner which overheated him when used as a bed cover. However, I was right in thinking that he would love the feel of it and he has now adopted it as something to snuggle into and cart around the place along with Lucky, the cat.

He loves playing the piano and making up songs, many of which are sent to Shannon, our wonderful friend in New Zealand (whose stay is one of the many things I want to blog about). He is obsessed with the Legally Blonde the Musical soundtrack and loves to do the “bend and snap” routine.

He also loves riding his scooter whenever he gets a chance.

How am I feeling: I am really enjoying this time with Monsieur, and where he is at. I have just started working a couple of afternoons a week and I was worried about how he would go, as he is with me while I work. He is enjoying it though, and even told R yesterday that he was “into working now”. Yesterday he sat at the desk with me and asked what work he could do, so I asked him to highlight the numbers on some print-outs and tear up the documents as I finished scanning them. He was so proud of himself sitting up, helping Mummy work! In moments like that, I feel like I have a real little companion with me.

I am worrying about the effect my stress last year had on him. I see it manifest in little ways, but so heartbreakingly…like when he gets so anxious that a bus or tram will leave without us if we don’t get on it immediately. How he grabs my hand the moment he sees a green man at the traffic lights, and runs, telling me, “Come on, Mummy! We have to run! We’re going to miss it”. I don’t know how much is just him, his natural personality and how much of it he picked up from me last year. I’m trying to allow more time for him and for me, to do things calmly instead of in a mad rush. When I feel him get wound up, or me getting wound up, I take the time to stop and breathe and talk with him, even it it makes us late. Seeing myself reflected in him gives me a whole new perspective on what is important.

His enrolment forms for kinder arrived this week; it’s going to be a big adjustment for us both next year. I suspect that he will take it in his stride with more ease than I! He will be ready for more input, new input and the chance to play more with people his own age. I won’t exactly be lost as to what to do – I have a long list of projects that I look forward to delving into – but it will be strange to suddenly have so much time by myself after nearly four years of Monsieur being with me every day. We still have five months before that though, and I’m making the most of it. 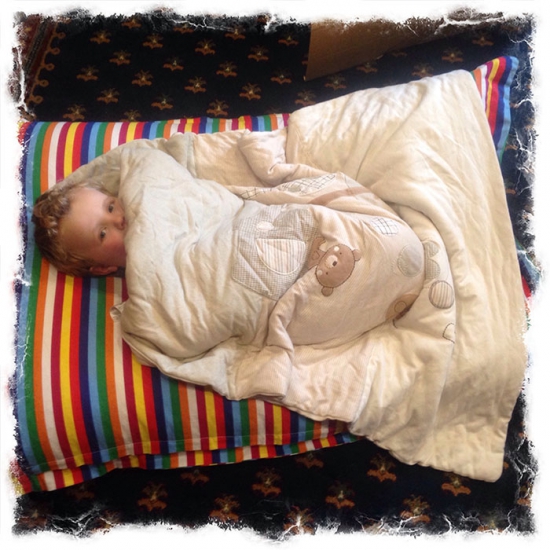 We have been getting lots of oranges in our fruit and veggie boxes recently, so I decided it was time to find some good orange muffin recipes. Two that I’ve tried are not worth repeating but this one was delicious! I will definitely be trying some more recipes from cookeatpaelo.com. 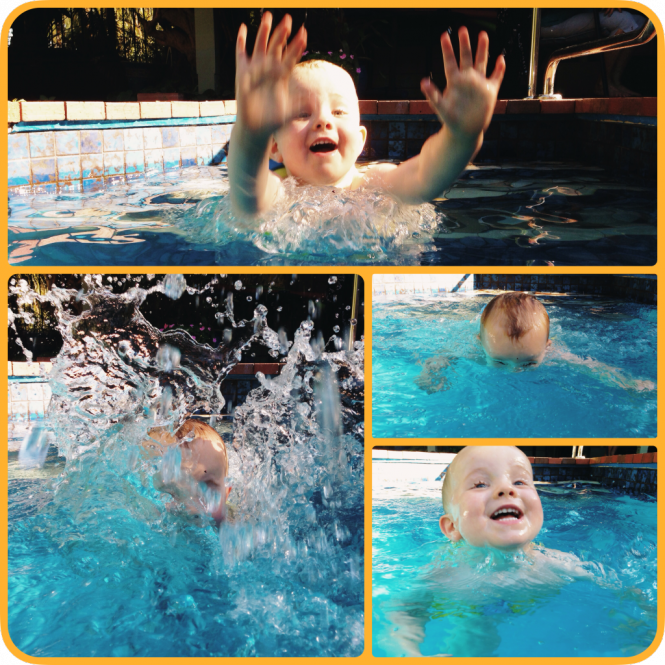 These were taken last January, however I’m only just now getting into fun photography apps for my phone. Great apps + waterproof phone case = splashy photos!

Monsieur has decided to call me “mama”. I’m not sure exactly why, but it is a deliberate choice. This was our conversation about a week after he started it:
Monsieur Z: I call you “mama” every day now.
Me: Yes, you do. Why have you started calling me “mama”?
MZ: Because I like to because it’s nice.

Well, I can’t think of a better reason really!

He has also said to me a couple of times, “I love my Mummy in the whole world!”

This morning when R was saying goodbye and told Monsieur that he loved him, Monsieur responded with “I love you too!”

For the first time, he’s starting to tell us that he loves us. It just makes my heart melt.

Snippets of a weekend away 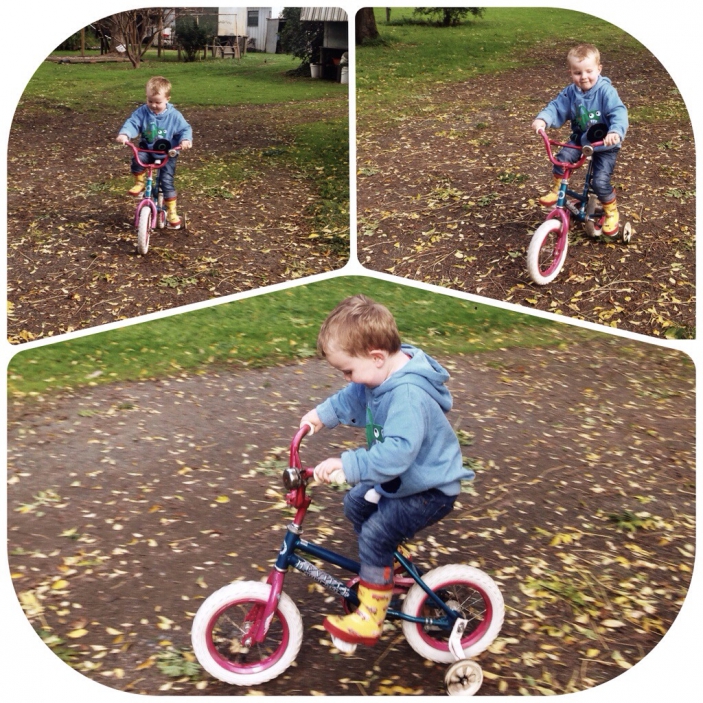