I am learning more and more about migraines this year, especially the way they present in myself. They are tricky to diagnose as the symptoms can change from migraine to migraine, and most books and websites tout the same 4-6 main symptoms. Over the past few months of experiencing chronic migraine, I have discovered that they have so many other effects, many of which are hard to explain but which drive home the point that it is  neurological condition and as such can affect different neurological areas.

I finally found a site which listed symptoms associated with migraine and read through it. My internal commentary whilst reading went something like: “Yes. Yes. Oh yes. That has a name? That’s even a thing? I thought it was just me. YES!”

The full list can be found at this migraine disorder website. I am going to list down below the things which I experience. It was eye-opening to read through, and really helpful to be able to hand the list to R and say these are the things that I experience, some regularly, some occassionally.

A feeling of water, ear pain or something crawling in the ear canal even though nothing out of the ordinary can be detected

Sounds are too loud (sound sensitivity) – This has been the worst for me. Sound sensitivity makes being out of the house really hard. Sometimes I manage it, in small doses, with noise-cancelling earbuds; other times I lose all ability to concentrate on anything other than surviving the onslaught of sound.

A hissing, ringing or other noise in the ear that others do not hear (tinnitus) – I get this a lot

Persistent sense of imbalance (ataxia) – I get this on bad days; it’s partly how I can identify a tough day coming up, if I can’t balance properly in the morning.

A feeling or perception of one’s own body parts incorrectly (Alice-in-Wonderland syndrome) – Such a hard one to describe, but yes.

Difficulty in understanding what people are saying, despite having a normal hearing test (central auditory processing disorder)-
Sometimes I take a bit longer than usual to process and understand what has been said to me, or I will need it repeated so I can try again. It is different from not hearing something; it is like hearing something underwater – you can make out some of the sounds but have trouble putting them together to make any sense.

Difficulty speaking sometimes without another explanation (expressive apraxia)-
I’d never experienced this obviously until during this pregnancy. It actually scared me a little when it first started happening, but then I found this list and was reassured that it was just yet another symptom of migraine. I avoided phone conversations as much as possible for the past few months and have communicated mostly through texts and emails. It is scary, and incredibly frustrating to have clear thoughts in your mind but be unable to get them out of your mouth. Luckily R can always work out what I want to say, but at times trying to communicate with others was so incredibly hard.

“Brain fog,” reduced cognitive function – short term memory loss, inability to recall words or to multi-task- I have almost constant brain fog. It is so frustrating and hideous and so easy to forget what it is like to not have brain fog. I had two great days between Christmas and New Year, minimal pain, minimal brain fog, minimal everything else and I got so much done and felt like myself for the first time in a long time.

Excessive fatigue, with no other explanation

Pressure or pain across the forehead, behind the eyes or across the face that occurs frequently (chronic sinusitis symptoms)

Discomfort when your ears are exposed to wind or cold (allodynia)

Skin and scalp sensitivity or pain from light touch, such as glasses on the nose, cleaning the ear or wearing a hearing aid. – I have the lightest, frameless glasses and still they hurt sometimes.

Being on the job but, because of illness or other medical conditions, not fully functioning. (Presenteeism) –
I find it funny that this is a thing, but it’s true. I have definitely had this feeling.

With my first pregnancy, the migraines increased, and remained at the increased level long after I gave birth. It took me a couple of years to realise that that had been a permanent change and wasn’t just the effect of sleep deprivation. This pregnancy, the migraines started at 10 1/2 weeks and have almost completely knocked me flat. I’ve never experienced this level of debilitation from them in my life.

As a result, the past few months have been purely about survival. Get my study complete and work done and that’s been the main focus. I am seeing a neurologist now. For years and years I have avoided going to a neurologist, preferring to try all different alternative therapies. Now, though, I understand that even if it means taking a daily tablet or getting 3 monthly injections (botox – eep), that is far better than living with this level of migraine. It just took having a child to show me how much they affect my life and how much they affect those around me. R has mentioned that he really looks forward to seeing the same spark back in me that was there when we got together but has been MIA for some time. I hadn’t even realised.

I had just made the mental leap to that way of thinking and booked a GP appt to get a referral when I found out I was pregnant. The pregnancy greatly limited our options for trialling medications, which meant it was mostly about managing the pain as much as possible.

Once I stop breastfeeding, which will be within 3-4 weeks of giving birth, then we can finally start trialing new, different medications. My hope is that in about 6 months time, I will have found something that is working to reduce, or even vanquish (!) these migraines forever.

I pray that neither of our children will inherit the migraines – it certainly seems hereditary for me – but if they do, I will be taking them to a neurologist right away to get them onto medication. I don’t want them to live their lives with the constant consideration of migraines and I don’t want them to do as I did and waste so much time avoiding western medicine. I wish that I’d gotten them under control long ago, but I am determined to get them sorted now.

Thank you for this. I hadn’t realised so many of these were considered migraine symptoms, which means I’ve been suffering from migraines for about 15 years now.

This means I’m going to be taking myself to my doctor and get it looked at.

Yes, the old thinking that migraines come with auras and everything else is just a bad headache is not so accurate, as it turns out. I’ve never had auras so it took me years and years to realise that I did have migraines.

Afternoon nap in the sun – March 30 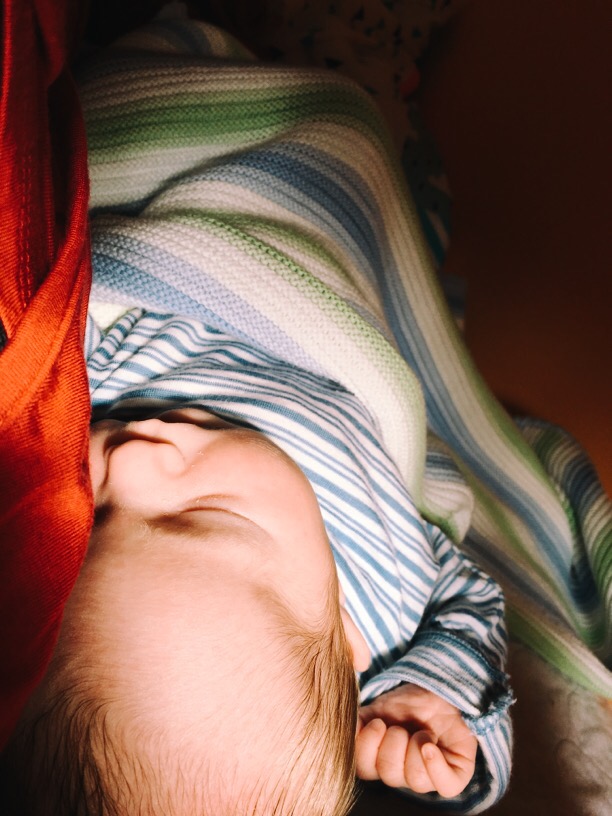 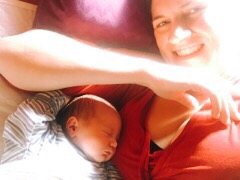 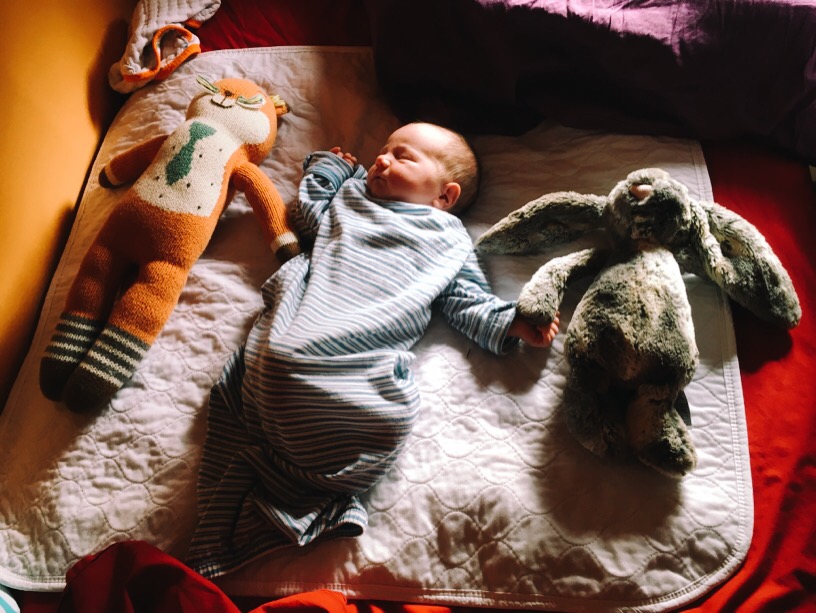 Views from my nursing chair – March 30

Views from my nursing chair – March 29

Waking up is hard